The Hólar University operates an Arctic charr breeding program according to a contract with the Ministry of Fisheries and Agriculture. This contract states, that the Hólar University should provide Arctic charr stations in Iceland eggs from a selectively bred broodstock. Selling abroad is not allowed. The breeding program is financed partly from the Ministry but othervise from revenues from selling of eggs.
Einar Svavarsson is responsible for the program, and there are two employees in addition to him. Breeding scores and professional advice have come from Dr. Þorvaldur Árnason. 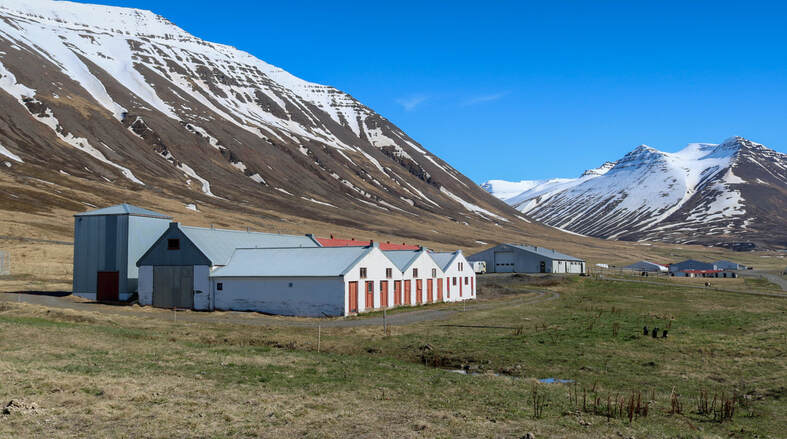 Historical background
1989 started the preparation for Arctic charr breeding by comparing growth and age of maturity at different environment in populations from different rivers and lakes (12 populations) in addition to aquaculture broodstock from Hólalax, created by mixing a few populations in the area of Húnavatnssýslur. The results of these comparisons showed that there was great diversity between the families regarding to growth, and the percentage of mature fishes two or three years after hatching.
In 1990 a research project was set up to compare groups of siblings from one Arctic  charr population to estimate heredity and  correlation between weight and maturity at different age. The results showed that this characteristics were highly heritable so it was promising, that a selection for this characteristics will lead to good genetical improvement. (Einar Svavarsson 1990)

The Families
Based on these results in the autumn 1992 the best individuals out of the best families where chosen as foundation of the Arctic charr breeding program.
In the autumn 1994 the program was divided in to two breeding lines based on fish skin color, to meet the demands of different markets, a dark line, where fish from the river of Grenlæk were most dominant and a light line where fish from the lake Ölvesvatn were dominant. However, recently there has been less demand for different skin color and eggs sold today are mostly mixed from both lines. 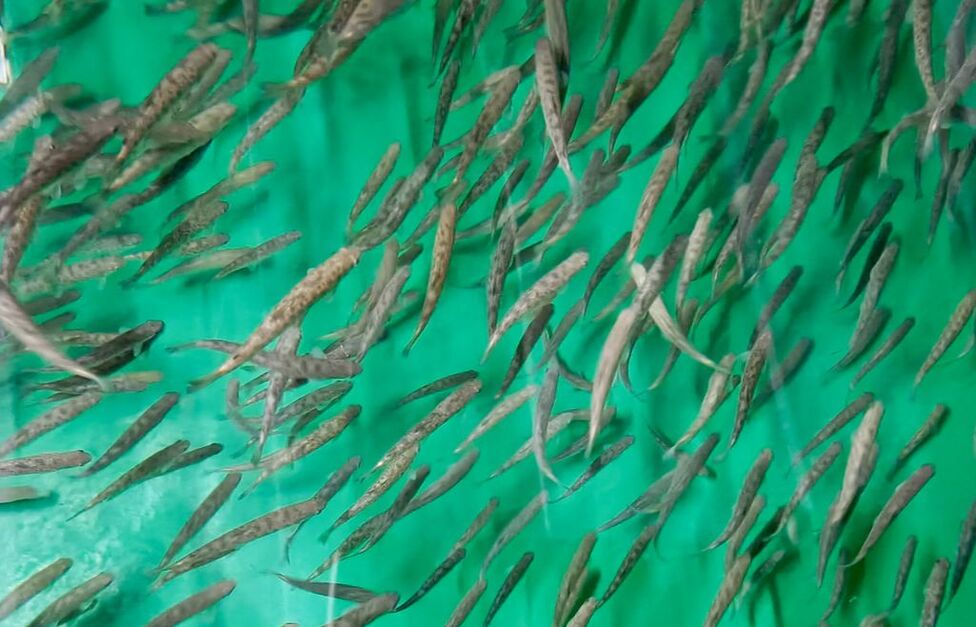 ​Goals of the breeding program
The goal of the breeding program is to have fast growing fish, with high reproductive output, but at the same time not getting mature before the third autumn after hatching. Further they should have high food conversion ratio, be tolerant to deceases, and have high value at foreign markets.
The main focus of the project has been on fast growth and delayed reproduction. Including other factors is being discussed. For example, research have shown that it is possible to increase flesh quality and decease tolerance through breeding. Such breeding requires change in methodology, e.g. through genetics, and will reduce the focus on the factors now selected for. 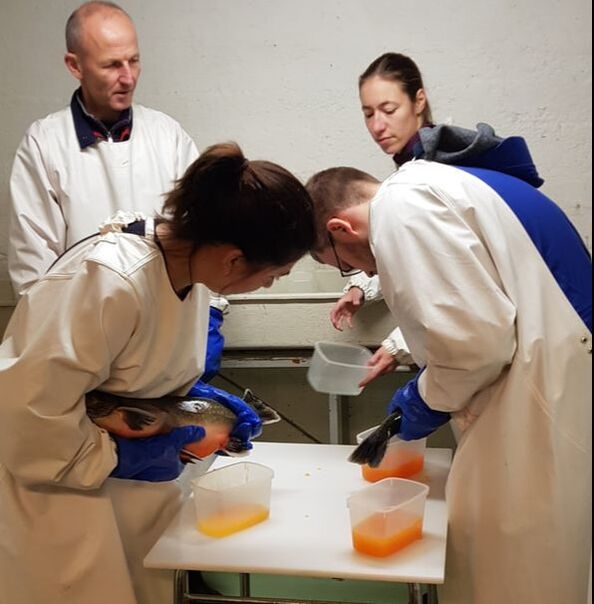 ​Methods
The Arctic charr breeding program uses similar methods as for salmon in Norway. Full sibling families are created from the eggs of one female and the sperm of one male. Each male is used to father the offspring of two to three females, creating groups of whole and half siblings. The selection for males is stricter, than the selection for females, since they produce more offspring. This setup results in faster response to breeding than if each male gets only one female.
Based on a breading score, where weight and maturity have equal value, and flawless appearance 170 females and 60-70 males are selected, out of a group of 5000 fishes, each year to produce the next generation. The 170 groups of siblings are grown in separate tanks for one year after fertilization. At that time a number of offsprings are tagged (PIT tags).  The tagged individuals are divided and grown either in the breeding station at Hólar or in one of two testing stations. At two years of age all the fish are weighed, their length measured, their maturity checked and flaws in the appearance are registered. The estimation of the breeding grade is both based on the performance of each individual as well and its relatives. To prevent inbreeding the parents of each generation are chosen out of at least 30 groups of siblings. Each generation is 3 – 4 years.
The year after the females have been used for the breeding program, they are included in to the production broodstock, where they are used until they are six years old. Males in the production broodstock have a stronger selection criteria than in the breeding program itself, as each male can be used on a number of females.
In Sigtúni in Öxarfjördur there is a security breeding farm for breeding material. This is done to reduce any damage in the case of an accident.